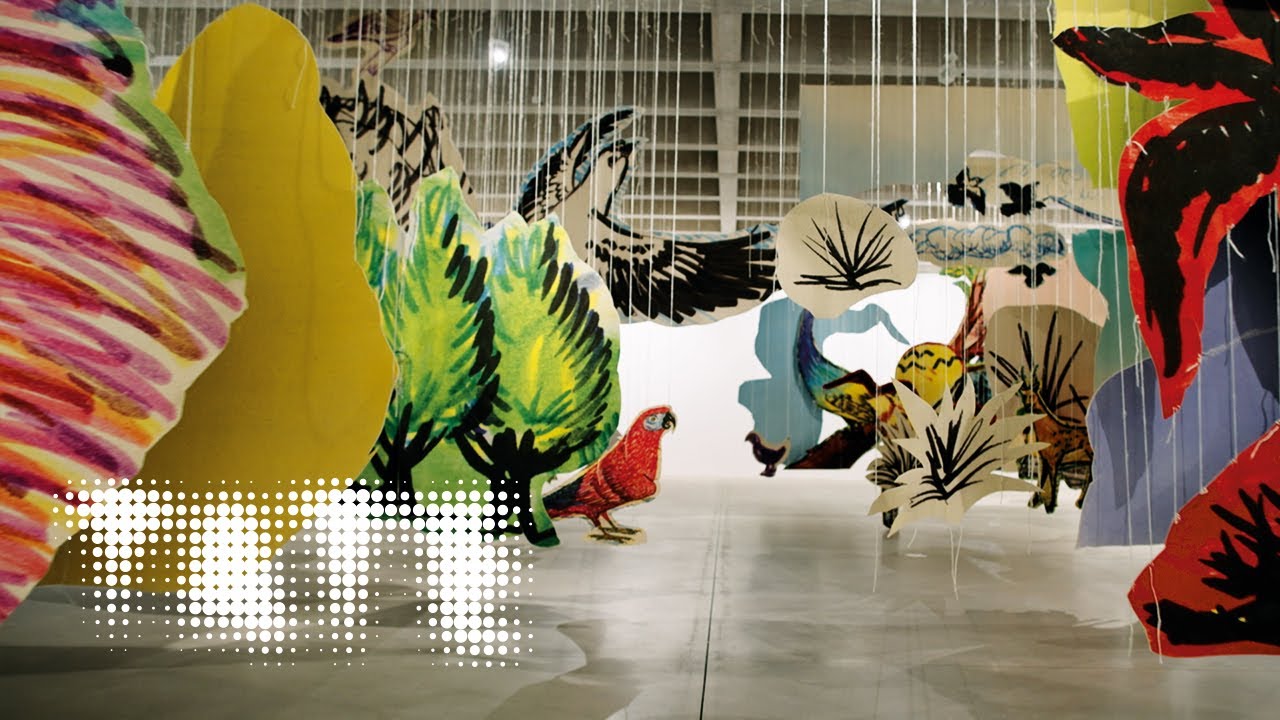 Halilaj presents a powerful new work created for Tate St Ives. His installation revisits 38 childhood drawings that he made in Kukës II refugee camp in Albania during the Kosovo war (1998–99), when he was thirteen years old. Layering large-scale, hanging images throughout the gallery, Halilaj’s immersive environment combines the images that accompanied him during conflict. Poignant rural landscapes, birds and animals, are interspersed with scenes of war and violence. Very volcanic over this green feather reveals the complicated relationship of reality and imagination, and between the often divergent perspectives of official histories and lived experiences.

ABOUT PETRIT HALILAJ
Halilaj lives and works between Germany, Kosovo and Italy, and is a professor of art at the l’École nationale supérieure des Beaux-Arts, Paris, France. His practice emerges from his personal experiences, reflecting on individual and collective memories, freedoms, and cultural identities. His installation Forget Me Not, a collaboration with his partner, Spanish artist Alvaro Urbano, is currently on show at the Autostrada Biennale in Pristina, Kosovo. The project reinforces the Kosovar civic campaign for equal rights, particularly for the LGBTQI+ community, which demands that the new civil code includes the right to marry. In 2013, Halilaj represented Kosovo for the country’s first appearance at the Venice Biennale. In 2017 he was awarded a special mention by the Jury of the 57th Venice Biennale and was awarded the Mario Merz Prize. His work has been the subject of solo exhibitions around the world, including at the Palacio de Cristal, Museo Reina Sofia, Madrid; Fondazione Merz, Turin; Paul Klee Zentrum, Bern; Hammer Museum, Los Angeles; New Museum, New York and Pirelli HangarBicocca, Milan.