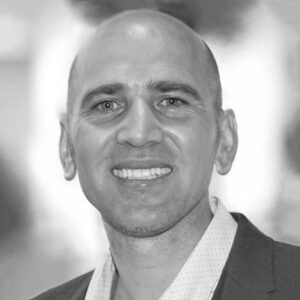 It was a rare honor and privilege to host Sir Noel Malcolm for a conversation this past weekend, as it would be for any Albanian, and I was moved deeply by his presence and perspicacity.

Sir Noel’s contribution to Albanian studies, history, and our collective memory as a nation cannot be overestimated. His scholarly research, writings, and presentations have shed light on some of the most fundamental aspects of the Albanian Lands and culture origins.

And I was delighted and inspired by the words of Professor Nicholas Pano, who joined us from his home in Illinois, as well as by Dr. Elez Biberaj who refers to prof Pano as “my mentor” and joined us with welcoming remarks and introduction to Sir Noel.

Sir Noel’s lecture focused primarily on his new book, Rebels, Believers, Survivors, but extended more broadly, into his work and interests in Albanian history. A trailblazer, as Dr. Biberaj put it, here you can hear Sir Noel’s entire lecture:

On our phone calls leading up to the event, he would tell me remarkable stories about his travels across Albanian lands, the challenges and adventures along the way, vividly recalling the atmosphere of the times, years before I was born. His extraordinary life and poetic brilliance filled me with joy and a deep sense of awe and hope.

Considered “The Dean of the Albanian Studies in the U.S.”  by Dr. Elez Biberaj, the adoration that prof. Nicholas Pano so rightly earned is shared by all of us, including Sir Noel who during our discussion noted “I have been reading his works since the day I started seriously studying Albanian history, so it is a great honor.”

In response to the above remarks, Sir Noel said, “praise from professor Pano is praise of the highest order.”

I am immensely grateful to General Wesley Clark for joining us to deliver the welcoming remarks, and to Mr. Richard Lukaj for the introduction and sharing memories of earlier encounters. As Supreme Allied Commander, General Clark led the NATO forces to victory in Operation Allied Forces in Kosova, saving over 1.5 million Albanians from ethnic cleansing, among them my own parents. So, this was personal for me. I thank the General for his service to our nation, at a time when we needed most.

“When I was beginning my study of Albania”, prof. Pano recalled, the works of Albanian writers in America in the early twentieth century, gave us “not only a sense of understanding but a sense of national pride”.

And now, at the dawn of this new century, professor Pano, and everyone on the program, gave me and all of us on that call not only a sense of understanding but a sense of national pride.